“It was pretty surprising for the neighbors to see it go up on the farmland at the time,” he said.

Drive along state Highway 503 between Brush Prairie and Battle Ground and the land tells a story of more apartments to come. Signs staked out in pastures advertise commercial land.

According to the U.S. Census Bureau’s latest American Community Survey, median monthly housing costs for local renters rose from $785 to $1,106 over the last decade. Homeowners, on the other hand, saw costs rise just $12 — to $1,365.

Scheuble said rising rents are a testament to demand and help provide developers with confidence that a project will work long-term. However, he added, developments need to make good financial sense from the onset — not just because it looks like rents will keep growing.

Union Park expects its first tenants next month, and with a local multifamily vacancy rate hovering near 2 percent, the complex is already pre-leasing. Scheuble envisions a future when the area is bustling like the 164th Avenue corridor in east Vancouver. That, too, used to be farmland.

Multifamily development can be a boon for builders, and it seems so far they have seized the opportunity. Scheuble said he used to specialize in single-family subdivisions but has switched to apartments.

“Now that’s kind of our main focus,” he said.

The data counts units versus structures, so a home counts as one unit while a 10-plex would count as 10 units. That multifamily complexes are breaking ground so much suggests builders are seeing demand leap as housing prices rise.

Roni Battan, a manager with the assessor’s office, said the homebuilding trend today resembles the 1970s and 1990s.

“Since 2011 and moving forward, I’ve seen a huge increase in multifamily development,” she said. “I mean, they can’t break ground fast enough to get these developments going.”

Most are spoken for before the paint dries.

“In the last few years, as these apartment complexes have been built, they’re pre-leased even before they’re finished,” she said. “That shows you what the demand is for that type of product right now.”

The lingering effects of the foreclosure crisis were initially the main driver for apartment demand, according to Jon Spikkeland, senior associate of consulting firm Johnson Economics, which has worked with development companies in and around Clark County in recent years in both residential and industrial sectors. However, job growth is driving much of the change now, he said. Roughly 75 percent of net new jobs created last year were filled by workers younger than age 35, he said, and those workers typically rent because they don’t have the savings nor credit for homeownership.

“There’s a cyclical component and there’s more of a structural change,” Spikkeland said.

It’s expensive to buy a house. The cost of a median-priced home in Clark County became out of reach for typical first-time homebuyers in 2013, according to the Runstad Center for Real Estate Studies at the University of Washington. As of last month, the median sale price of a single-family home here was $339,500. Ten years ago, it was $269,900.

Scheuble also wonders if maybe millennials, who saw their parents lose their homes during the recession, aren’t as interested in homeownership or at least the traditional idea of owning a house with a yard. Maybe that doesn’t fit with their lifestyle, he said.

The Vancouver market is also being affected by trends in other cities. Rents in Seattle and San Francisco have risen sharply enough that people flock to comparatively cheaper Portland. That, in turn, causes migration from Portland to Vancouver.

“We’re still the most affordable place on the West Coast,” said Terry Wollam, managing broker for ReMax Equity Group in Vancouver. “We’re the southernmost point on the I-5 corridor without income tax.”

Wollam also pointed out that out-of-state investors are keen to this trend and have shown builders a willingness to buy local multifamily properties. Last year, Rock Creek Commons sold to a San Francisco-based real estate firm for $37 million, according to Clark County property records.

“Builders have had to become more sophisticated. The ones that have thrived have built investment pools and they’ve also diversified. They’re building multifamily as well,” he said. “Multifamily is going to be more appealing to an investor in an inner core area. It makes more sense for that type of home product. Typically, people who are going to live in apartments want to be closer to urban services.”

So, it’s no coincidence that just down the street from all those new Brush Prairie apartments is a WinCo supermarket, a bank, a coffee shop, a nail salon and plenty of room for more businesses. Private investment in multifamily residences is going drive more multifamily building, Wollam said, and that investment is rising due to demand.

“As time goes on and we continue to grow, you’re going to see compression and it’s going to then force things to go vertical, which is apartments and condos,” Wollam said. “We’re in the beginning trend of that.”

In today’s tight Clark County rental market, a new apartment complex is almost guaranteed to fill. The region has been undersupplied for so many years, it will take some time to overcome the shortage, experts said.

In some areas, the need is even more pronounced.

“There is a huge need in downtown (Vancouver),” said Elie Kassab, CEO of Vancouver-based Prestige Development, which is building the 49-unit Our Heroes Place at 409 E. Mill Plain Blvd. “We’re building housing for people who work downtown, want to live downtown, and not necessarily drive a car to work.”

That mentality is fostered by cities that want to promote density. Vancouver has 62 multifamily projects, totaling 4,450 units, in the permitting stage right now, though some of them may not get through the application process.

The goal of the increased housing density “is to create vibrancy,” said Chad Eiken, community and economic development director for the city. Having more people living in the city center creates “an active downtown, where there are enough people to feel safe and support restaurants, hopefully, a grocery store, and all those amenities you want in a downtown.”

There is also the fact that Clark County, and Vancouver most noticeably, has a finite amount of real estate. Building multifamily seems most efficient, Eiken said.

“In my mind, it appears builders are having a harder time finding available lots for single-family homes,” he said.

Still, the business cycle suggests that Clark County eventually will reach critical mass with multifamily housing. With plenty of apartments in the pipeline, it could happen within a couple of years, Spikkeland said. Developers see what’s happening and they will start to pull back.

When that happens, landlords will start sweetening the pot. Some will offer the first month of rent free or other promotions and amenities. Union Park developers built in a fitness center, playground, basketball court, a barbecue and patio with covered gazebo to try to separate it from the pack. It also touts amenities like keyless entry, parking for electric vehicles with charging stations and more.

Those amenities, Scheuble said, make them more competitive for whatever turmoil the future may bring.

“If we can be better than others, we’ll survive it,” he said.

The housing market, however, is a living thing that changes and moves regularly. Maybe someday, Scheuble said, he would shift to building industrial buildings — if there is demand.

This article is written by Patty Hastings from The Columbian, Vancouver, Wash. and was legally licensed via the Tribune Content Agency through the NewsCred publisher network. Please direct all licensing questions to legal@newscred.com. 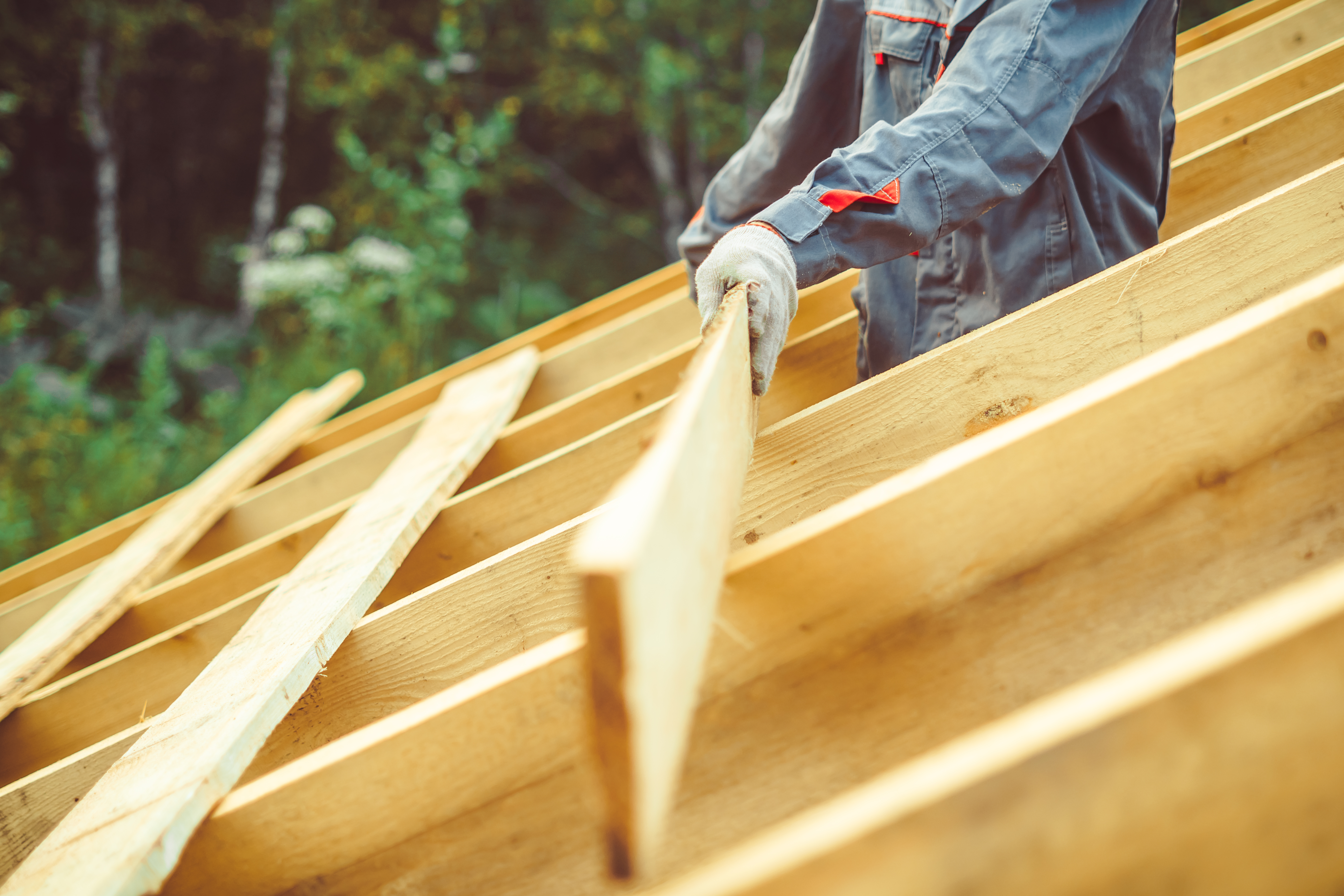 California home builders are pulling back,…