Tips to get your house sale ready

If you’re thinking about putting your house on the market, a local interior designer has a few tips you may want to consider.

Put your possessions out of view

The first thing you need to do is get many of your belongings out of the house. “If you want to sell your home, rent a storage unit right away,” said Ann Andrews, an Aberdeen interior designer.

Only minimal possessions should remain when people start looking at your house. “You just have to really downsize when you put your house on the market, so that it looks larger and cleaner,” said Andrews, who stages homes as part of her job.

Some people even move out of their house. Before her son, Josh, and his wife, Barb, sold their home, they moved into a small apartment for a couple of months.

Improve the look of your home.

If people want to sell their home and get a good price for it, they have to make it look better. They need to look at their house objectively, Andrews said.

“You might love it like you love your child. But that doesn’t mean somebody else is going to love what you love,” Andrews said.

“If you want to sell your house, you have to look beyond what you live with on a day-to-day basis,” said Dar Burgard, who’s been a Realtor for 27 years.

Clutter is the enemy.

When prospective buyers visit, they should find a house that’s orderly. “All the personal stuff that’s around has to go. Tuck it into a drawer or something,” Andrews said. That includes family photos.

“People will stop and look at those pictures instead of your nice house,” Andrews said. Don’t leave anything on the kitchen counters. Even if your counters are attractive, people won’t notice them. They’ll just see what’s on the counter.

There should be nothing visible that will connect the house to the family that lives there. You want them to remember the walls, not what’s on the wall, Andrews said.

Be prepared to invest.

Many people are reluctant to make changes in their home. Andrews has seen that reluctance. Their attitude is “This is where we live. Take it or leave it.”

But it pays off to pay attention to window sills, or perhaps buy a new countertop when needed. Andrews said to homeowners, “If we do this, we could get $5,000 more for your house.”

People should dress their house for success, Burgard said. “Doesn’t everybody look better after a little bit of lipstick and hair combing?”

It’s hard for longtime homeowners to know what appeals to buyers today. People, such as Andrews, pay attention to current tastes. “There are some things in architecture you just don’t do anymore,” she said.

Curly spindles, which were once popular, now attract little enthusiasm. The same goes for burgundy and green-flowered sofas. A type of wallpaper, which “was beautiful in its day,” can now seem outdated, Andrews said. In addition, certain colors are now very popular.

Something that’s not in good repair sends up red flags. “Misrepair draws your eye to it, and it makes people wonder what else is broken in this house,” Andrews said.

If people notice scratches, they will look around for scratches in other places, she said. “When you’re on the market, a clean house is extremely valuable,” Burgard said. “And the idea behind that is if they don’t keep their house up, have they neglected other things I can’t see?”

If you’re going to shape your house up, you’ve got to do it before the first wave of interested shoppers pays a visit.

If they’ve already given your house a look, it’s extremely hard to get them back several months later.

Fixes can be simple.

Making a house look better doesn’t have to cost a lot. Buying furniture and other materials is not necessary for good staging.

“It is using what you have in the best way you have it,” Andrews said.

“(It) can come down to the way your house is lit,” said Burgard, explaining that how blinds and drapes are arranged can have an impact. So can the height of a lamp.

Andrews will put all books of the same color together on a bookshelf. That creates big blocks of color rather than scattered volumes, she said.

Sometimes, moving a piece of furniture a few inches makes all the difference. Andrews pays a lot of attention to symmetry. She often will put a piece of art in a place the homeowner never would have imagined.

Burgard likes prospective buyers to be greeted by an attractive appearance and a sense of pleasantness when they walk in. Part of that pleasant atmosphere is a nice aroma. The scent should be something that makes them want to continue looking at the house.

The smell shouldn’t overpower people. “Don’t put a candle in every room and have them wonder are they trying to mask an odor?” Burgard said.

Letting fresh air into the house is a nice option. People should also keep scents appropriate to the season, Burgard said. Pumpkin pie and apple crisp are good aromas in the fall, while lilacs make more sense in the spring.

When potential buyers walk into a home for the first time, the goal is to have them say, “I could live here.”

Obstacles to reaching that conclusion are clutter and loud paint colors, said Andrews, pointing out that even a magazine cover filled with bold colors will attract the eye.

She said she is a strong believer in neutral colors. “At least, if you can get your house neutral, you’ve got a big head start to getting your house sold fast,” Andrews said.

She is not a fan of white, though, on interior walls.

Get off to a good start.

There’s not a better time to impress someone than the first time. “You only get one chance to make a good first impression,” Andrews said.

Alan Hoerth, who has been a Realtor for 39 years, said that curb appeal, interior appeal and price appeal are equally important. The house should be priced to fit the market, not what someone thinks the house is worth, he said.

The needs of people have changed, said Hoerth, who is president of the Aberdeen Area Association of Realtors.

Some folks who watch home-improvement shows feel that, if a person on TV can do it, they can, too. But most buyers now want a house that’s basically ready to move into, Andrews said.

Some individuals don’t mind carpet or a paint color that needs replacing, said Hoerth. But if no work is needed, that’s all right, too. Unlike the 1970s, lots of people like to see all the work done before they make an offer.

Many people in their 30s aren’t interested in removing wallpaper or painting, Andrews said. Some of them simply don’t know how.

But Andrews has found that many 30-somethings in Aberdeen, both single and married, are moving around more than she realized.

To make a home attractive from the street, Burgard will set out potted plants or erect a flag.

“The exterior of the house can determine whether you even want to go inside,” she said. “Think about window shopping. They put something in the window to draw you into the store.”

The same methods can lure people into a house.

Distract people from what you don’t want them to see.

Prospective buyers don’t need to enter through the front door.

Have them come through the door that gives them the best impression, Burgard said.

A home is a valuable commodity.

Real estate is an important investment, Burgard said. “It’s a valuable asset to take care of.”

So if push comes to shove, people should put whatever money they have into their kitchen and bath. Potential buyers can get past living room and bedrooms that aren’t perfect. “They can’t live with creepy bathrooms and creepy kitchens,” Andrews said. 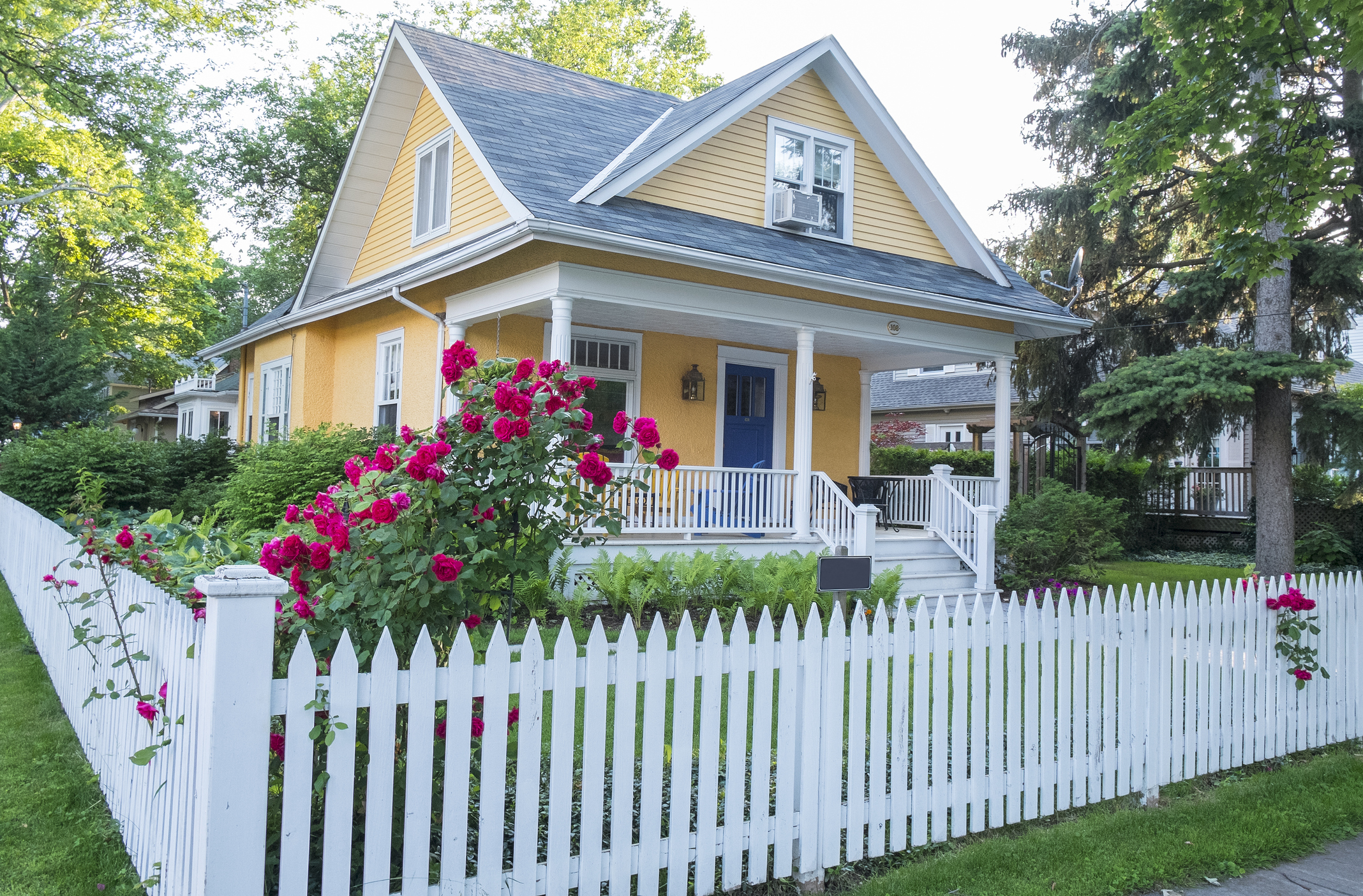 Should I Pay Off Student Loans or Save for…